Hackers took control of popular verified Twitter accounts and tweeted that they would give double or triple any amounts of BTC sent to them. Promises were made and as usual, hearts were broken, it was truly a bad day as lots of Twitter users fell for this scam. 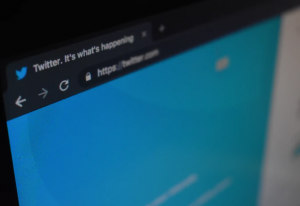 So What Do We Know?

Those verified accounts whose Tweet created the scam messages were hacked. Normally that’s not possible unless the hackers got access to Twitter’s “Internal systems and tools”. Also, that is not meant to be possible unless Twitter employees with access to those tools were also compromised.

Twitter confirmed all these and immediately took steps to stop the already viral hack scheme including shutting down almost every verified account. Twitter looks a whole lot quieter without accounts with marked symbols tweeting and messaging, it’s a cold morning I guess.

After the whole matter died down a little, Twitter started its investigation and results are beginning to fall out. Twitter said some of its employees fell prey to a “Social Engineering” attack. This could mean Twitter employees were also hacked or there’s a mole in Twitter.

A mole who could have given access to Twitter’s internal tool to the hackers. But Twitter has not shed any light on that possibility. Speaking of shedding light, Twitter has also not revealed if direct private or sensitive messages have been compromised as a result of the hack.

Twitter temporarily deactivated lots of accounts to gain back control and stop the scam tweets that were going viral. By the next day, all deactivated accounts were unlocked and it was discovered that about 130 Twitter accounts (could be more) were breached.

Twitter also confirmed that no password information was stolen by hackers. But they’ve not confirmed if any other private data were stolen or compromised from the hacked accounts.

How Much Did The Hackers Make?

We can’t tell you the exact amount of money the hackers got away with because it’s all still under investigation. What we can do though is to give you an estimate.

Techcrunch unnamed source claims that the hacker who was identified as “Kirk” generated over $100,000 in a matter of hours. During the hack, tweets were sent enticing people to click on a web link. Where you will have to transfer a certain amount of BTC to expect double the amount you sent.

At the time of this hack, people monitoring the web address confirmed that BTC worth about $119,000 has been sent to that address. Although the wallet in that web address is close to empty now, it is logical to think that the hackers got away with more than $130,000.

Just mere hours after the hack, the Twitter stock has already run down by 4%. Possible investigations from FTC (Federal Trade Commission) and the EU (European Union) might make matters worse.

FBI has already latched onto the case. “The FBI is investigating the incident involving several Twitter accounts belonging to high profile individuals that occurred July 15 2020”. The San Francisco division of the FBI acknowledged this.

Investigations from these bodies could attract some serious troubles for Twitter. If found that Twitter did not do enough to protect its users from activities like this or somehow Twitter has a fault in this issue, Twitter stands to lose a lot of money from paying fines.

U.S on the Verge Of Tik Tok and WeChat Ban

How to Get the IOS 14 On Your iPhone