There are lots of games on Facebook which allow users to play with friends or group of friends. Word games like Word Challenge, Zynga Poker, YoVille, Mafia Wars, Farmville, and so on can be played in groups of friends. The kind of game determines the number of friends that can play the game simultaneously. Some word games can be played in a group of 2-4 people. 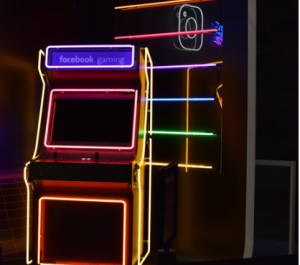 The game is simple, and I would advise you don’t make it too tough to guess. Fill a jar or container with something of medium size. Like a transparent container filled with packets of candies or biscuits, snap it and post it to the group. The aim is for people to guess the amount of whatever thing you put in the container.

The winner is whoever gets the amount correctly or is the closest to the correct amount of substance inside the container.

In this game, you post a list of things or a picture of things you want the people in your Facebook group or page to find in their home and snap a picture with. It can be random items like a plate and unique items like a printer.

Just inform the group members about what items you’d like them to take a picture with and post it for them to win the game. The first person to finish the list of items wins or the person that completes the highest number of items snap in the designated time.

How Well Do You Know the Game Person

If you are the person organizing the game, this game should be very interesting. In this game you make the group members guess and answer questions regarding you.

I’d advise you to use this game as a starter because you have to ask questions and test just how much your group or page members know you.

This game is flexible because the “Movie” there can be changed to game, music, football club and so on. You have to name a movie that describes your life, business, education or anything.

Whatever you are naming should be something relating to the theme or idea behind the page or room creation.

This is one of the most competitive and addictive game you could try playing in a Facebook group. Create a group of words or scattered letters relating to the room concept, whoever forms most words from the laid down words or letters in the designated amount of time wins.

Create a list of page or room activities (likes, comments, use emojis, love, participation) with scores or points. Graphically design this content and post it to the group or page, monitor the activities of the group or page members and score them accordingly.

As usual, the person with the highest amount of point wins. Playing games is fun, only if organized well.

This game is quite complicated but interesting. Pick out a group or page member randomly and ask them hard to answer questions about themselves. If they can’t answer they have to observe a penalty (i.e don’t comment on photos for 2 hours).

For instance take every member’s name and number it, post the numbers on the group and ask members to vote which number gets called up for the game. The number with the highest vote gets chosen and the name on that number gets called to answer some rather personal hard to answer question(s), it’s from the truth or dare concept.