Netflix TV Series- Sometimes you watch some TV series and wish you were part of the scenes and drama on-going on the TV. You just all of a sudden imagine and feel the need to be an actor with your script and storyline

What hurts most is when those TV series do not go how we expect like GOT or when they eventually get finished or somehow just stops airing either temporarily or permanently. Like when Merlin finished and up till now no TV series has ever taken that Merlin place in our hearts.

Not to mind, there is Netflix and this platform promises some of the best TV series or shows ever. I am going to hint you on some of them and let you take some important TV decisions. Note that you need a TV show that will take your mind off what’s happening (coronavirus pandemic) and kill home boredom. 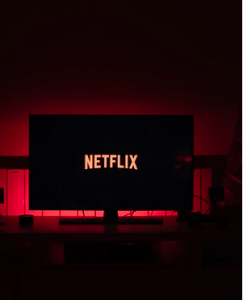 TV series to Stream on Netflix

Netflix doesn’t just give you a high caliber of movies; they present the best with camera qualities as clear as a diamond’s face with high resolution. Sometimes, you’d never recognize you are not in a cinema especially if your curtain was closed.

The Witcher, currently this is my best TV show, not just because one of my best actors (Henry Cavill from Smallville) stars in it. Geralt a witcher who hunts monsters and makes the world a better place gets his long life entangled with a princess whose family is dead and a sorceress who has high ambitions, trust issues and emotional issues.

This series just finished airing its season 1 doesn’t have its popular name for nothing, it’s one of a kind and it promises to unveil a whole lot of drama uniquely.

Watch life do catching up on a lot of things in this series, it presently on season number 5.

A comedy filled series about high school teens struggling and trying to understand sex and everything related to sex. This continues until Otis comes in, the son of a sex therapist who knows a few things about sex decides to team up with Maeve and make money by doing sex therapy sessions for teens.

It’s not just the reference of sex that makes this series what it is, but the comedy and punch lines involved.

Seven babies were gotten by a billionaire, Sir Reginald Hargreeves who trained them up as an organization called The Umbrella Academy. They were meant to grow up and become kick-ass superheroes, but things don’t go as planned. After several years the death of their mentor brings them back together and things are about to get a little bit kick ass here.

Do not skip episodes, don’t look away, don’t get bored, every detail is important in this series.

What’s better than watching a master-mind thief unveil and create plans to rob world-class banks without being caught or beaten at his game? This Spanish show is not just any like any heist movie or series, it’s not just about the heist.

It uses the heist as a POV, looking at life and destiny, love, belief and unmatched suspense. Watch a single man (The Professor) outsmart the bank officials, police and security over and over again, beating the odds of being caught and the events that unfold in this classic heist series.

This show brings a whole lot of DC persons into time-travel, monster and demon-killing action including the infamous John Constantine. The time-traveling in this movie almost teaches you about history.

This show combines the power of friendship, love and trust to fight enemies that would never stop until everything stops. If you like the DC universe or you are a fan, there are quite some cross-overs.

One of the new TV series on Netflix that is already making its way through people’s hearts. A documentary about a snake dealer who somehow became a big cat owner. Technically I can’t say much about this series but its reviews just keep getting better

It’s been quite some time since we’ve seen any musical series or movie, I mean I don’t really know of anyone. This series currently on its fourth season is about a lady lawyer who abandons her work in New York for love in California. Love finds her when she meets her first child-hood love and the rest of it is for you to watch.

This series is purely musical and comedy.

Call me a DC fan, but I think this CW’s work is very unique. Yes it’s another superhero epic with action-filled scenes, but it’s not about teenagers.

This series revolves around a man and his family of superhuman children who got back into the superhero business to keep his environments safe. If it would also interest you, Black lightning got invited to the latest CW cross-over.

Imagine how being half zombie and human would be like, cool right? Normally it is half-vampire or werewolf or something like that. In a Walking Dead (also streams on Netflix) kind of world, Liz the hybrid zombie uses her powers to help hunt other zombies and murderers by eating the brains of murder victims.

Basically like every zombie, she has to eat brains to survive. Doing this somehow gives her the memories of whosoever brain she eats, that’s one of her cool power. Rather too cool for a zombie right? watch to find out the rest.

This is for the Marvel Fans. This series promises some of the best fight scenes ever on TV shows. I have no idea what marvel studios are doing with this show but it’s killing not to watch.

In your best interest, you might want to see The Punisher and Iron Fist just to lighten your day with intense action.

The Flash, Supernatural, How to get away with Murder, Norsemen, The 100 and so many more TV shows for your entertainment. There is no getting bored with all these.

These are some of the best TV shows on Netflix now. Get your account and start streaming like there is no tomorrow.