IOS 14 Features – About 10 months ago we witnessed the release of the IOS 13 which was splendid. It brought a whole lot of improvements on IOS 12 and changed a whole lot of features on IOS devices.

And now we are proud to announce to you a brand new operating system in the IOS 14. The same look but with so many updates and touches that will make it easier for you to navigate your IOS device.

Usually, not everyone likes change or at least changes that we have no idea about. We are going to be enumerating some of the things to expect with the new IOS 14 and probably the reasons why you would love this new operating system on your device. 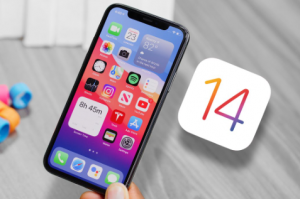 Siri also has a completely new design and improved functionality. Its design makes it easy for users to assign Siri to a specific task without losing concentration on whatever you are doing.

Siri can now send audio messages and provide more accurate results for your questions and searches.

We can’t really say much since the IOS 14 is not completely out yet, but we could hint you on some things to expect. The IOS 14 out now is the beta or testing version, the final version should be out in by September or early October like the IOS 13. There are also reports that the IOS 14 release could coincide with that of the iPhone 12.

The 14th release of the IOS operating system brings features that are so simple yet complex enough to meet the dire needs of every smartphone user.

Basically, all devices that support IOS 13 also support the IOS 14. It supports all iPhones down to the iPhone 6S which is the lowest device that could support the operating system.

This implies that any IOS device from iPhone 6S upwards will be able to download the IOS 14 update later this year when it is officially released.

iPhone 12 Expected Features – All You Need to Know